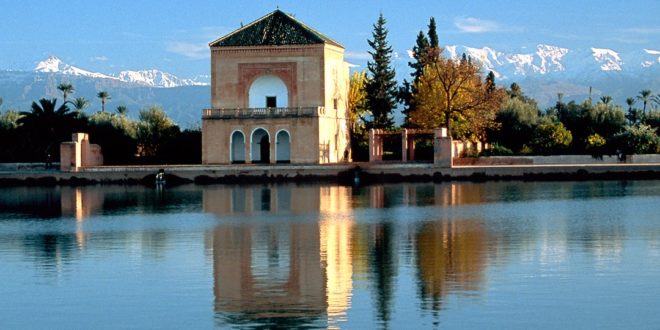 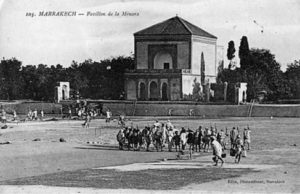 Al-Manara Garden is one of the oldest gardens in the Islamic West, and ancient historians date back to the beginning
The works were carried out until the reign of the Almohad Sultan Abdul Mumin bin Ali. The pawn states that the founder
The Almohad state, upon his return from Salé in 1157, planted the lake in Marrakech, an orchard
Large enclosed by a fence and equipped with a huge tank to store large quantities of water for watering
The trees and vegetables in it. On the one hand
Others, the author of the Book of Foresight indicates that Abd al-Mumin was on the western side of the city in
Nafees’ direction, planting a garden opposite his palace, which leads him to believe that this is a matter of concern
The manara garden and its large tank. The major needs for water to be filled
By using the technology of khatarat, which Almoravids invented since the tenth century and adopted by their united predecessors who developed the network of channels.
Surface. According to the son of the author of the prayer, the completion of this garden was carried out by the scholar Hajj Ibn
Live. In addition to its multi-beneficial role, the water tank was used to train components
Almohad army to swim in preparation for the passport to Andalusia. During the Saadiyya period, sources refer to Al Manara Park
The year 1579 AD, where the princes repaired and re-used as a place to rest. distance
Moreover, the Alevi Sultan, Sidi Muhammad bin Abdullah, built and included the present wing
A cabin for rest and recuperation. The building is surrounded by a wall of crushed dirt. It consists of
Two stories topped with a traditional pyramidal roof covered in green tiles. Basement is made up
Dedicated to the harem and servants of four high pillars and open rooms that lead to a balcony overlooking
The water pool leads to a high balcony. The latter gives a wonderful and comprehensive view
On the garden and tank. The arch leading to the outside is inscribed with inscription in praise
The Prophet Muhammad (PBUH) and construction date 1286 AH, which corresponds to 1869-1870 CE
The decoration of the building is decorated with friezes of overlapping geometric elements painted on the walls
Multicolored wood ceilings add to multicolored glazes and shapes
The lighthouse garden is the typical and classic shape of the Moroccan Royal Gardens that we find
Never seen in the gardens of Agdal in Marrakesh and the tank of Souani in Meknes and Jinan Sabeel in Fez. But it seems
It is difficult to draw a comparison with the majority of the tanks in Kairouan, Tunisia, which are not the same
Neither in form nor in terms of formatting and construction. It seems more likely to look for
Its origins and sources of influence in the major water parks and installations in Andalusia, in particular
Granada and Cordoba. 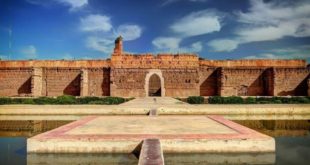 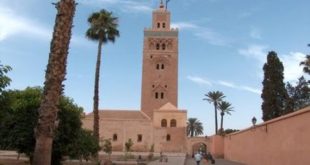 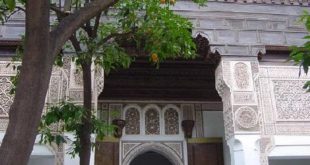 © Copyright 2021, All Rights Reserved to Moroccan Organization of Scouts and Guides | SYBA Section