The Marrakech Doors Competition, organized by the Moroccan Organization of Scouts and Guides, branch of Sidi Youssef Ben Ali

A video filmed by a scouting organization appeared on March 9, 2014 – many questions about the seriousness of the production sector on Moroccan television, compared to many talents abound in youth potential in Morocco, despite the limited capabilities and despite the existence of significant differences in capabilities during the crew The “Marrakech Doors Competition” program, which the Moroccan Organization for Scouts and Girl Guides branch Sidi Youssef Ben Ali – Aban – is preparing for a significant technical expertise compared to production companies affiliated with the various Moroccan channels. It is absolutely not possible to record any significant difference, neither in terms of sound quality, presentation, montage, or even production, to raise that question again about excluding a number of youth energies in Morocco and denying them access to and production of a number of programs for young people. 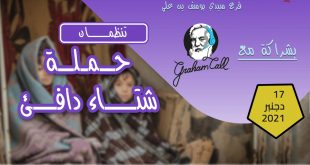 The Moroccan Organization for Scouts and Guides, Sidi Youssef Branch, in partnership with Graham Call Company, organizes a charity campaign in one of Oukaimeden’s districts under the title “Warm Winter” 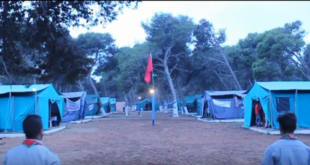